Pittsburgh based rapper Fedd The God is set to release “Yea Yup” with Multi-platinum selling, Grammy and Golden Globe nominated recording artist Wiz Khalifa, the 4th single off his debut EP “Speed Racer” due out April 9th. Fedd The God’s 18k+ Instagram followers have helped to propel previous singles from this project; “King James,” “No Limit,”and “42” to over 500,000 streams across all platforms including editorial support from Spotify, Apple Music, YouTube, Tidal, Soundcloud, Pandora, Audiomack and Amazon Music. 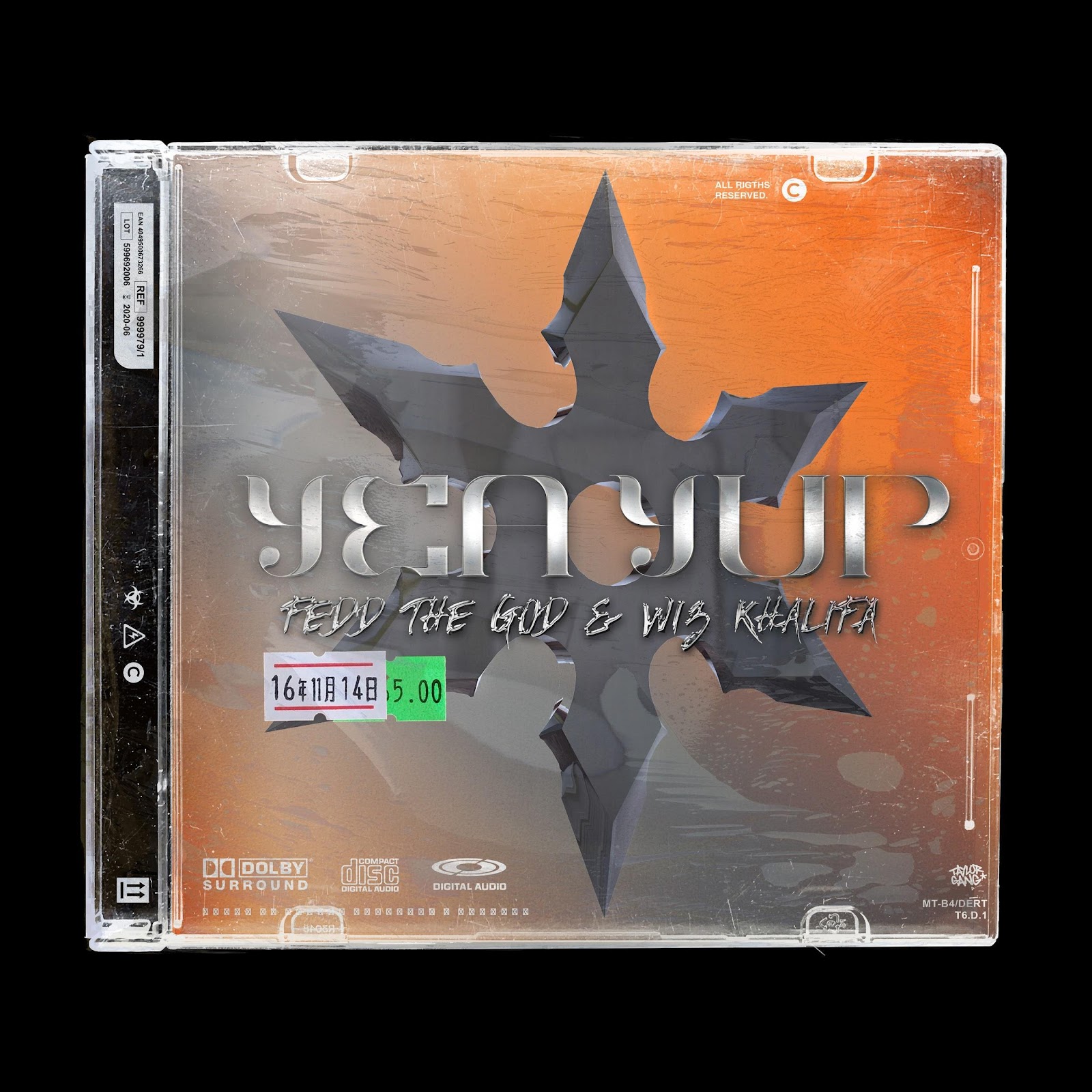 ABOUT FEDD THE GOD

Hailing from the Steel City, rapper Fedd The God wants to use his gift of music to connect with people and spread positivity. Born James William Fedd Jr, the 26-year old grew up in the rough and less than ideal Northview Heights section in Pittsburgh, PA. “Growing up in Northview Heights, on Penfort and Manchester’s 1200 block, man, I’ve seen it all. The environment was rough and sadly what is now typical for so many young black males to see; murder, drugs, guns. We didn’t know anything else. I tried to keep to myself, for the most part.”

Fedd’s musical journey began in 2005. He and a friend were jokingly making music on a computer. “Me and my boy Rico made a song called “Shoplifting” on Giant Eagle. As a joke. We were just fucking around. I didn’t really think anything of it. But I found myself going back to making music and writing raps, almost as a form of therapy whenever something happened or I saw something on the block.” But it took a real-life experience to light the flame inside of the Pittsburgh native to take music seriously. “It wasn’t until the death of my friend Trillzee that I started to take music seriously. He was making music and was about to crack off, so I felt the responsibility to pick up where he left off & keep this shit going.”

Fedd’s inspiration to make music came from listening and watching Master P growing up, with his motivation coming from his mother. “I didn’t have a musical bone in my body, shit, I can’t even dance. But sometimes your purpose finds you in the strangest ways.” What started as a mission to honor his late friend, quickly became a blessing in disguise. “The more I started making music the more I realized how much I genuinely love to move people. It’s like a high when I can hear and visualize people of all ages, races, ethnicities, sexes moving to my music, my art. That’s what drives me. That’s where my passion comes from. My mom told me that this passion and drive is a gift. It’s a gift to be able to connect with other humans with vibrations and emotions.”

After deciding to take music seriously as a career, Fedd stepped onto the music scene officially as Fedd The God, a play off his last name combined with a popular Dragon Ball Super Sayian transformation, symbolizing the God form. His early days in music were with a collective NWS, ‘N****s Wit Swagg.’ “My start in the music scene was with NWS. I was in the studio and Icey2Times left me the password to his SoundClick profile so I could go through beats. Back then, I didn’t know shit about rap or what to listen for in a beat. I just waited until I found something that spoke to me. There was this one beat called ‘Pittsburgh Nightmare’ and from the second I heard it knew that was the one. I loaded it up, recorded myself and made an anthem for my city called NFL.”

It wasn’t until an ironic encounter that Fedd was about to align with a Pittsburgh legend. “I first linked up with Will because I got into a fight with his boy Jr. Will gave me his number to reach out if I ever needed anything. We linked up a few years later in 2018 and started talking about the music business. He had so much knowledge and I just wanted to soak it up. He really put his arm around me, coached up on the industry, put me on game to how things worked. He sent me books about the music business. I really just wanted to learn.” Fedd credits Will for introducing him to Taylor Gang head honcho Wiz Khalifa at a show in NYC, which was followed by time spent in Pittsburgh and LA. “I’m really the type of person that feeds off energy and a vibe. That’s what I loved about Wiz and Will and the whole Taylor Gang family…it’s a family. They weren’t trying to push nothing on me. It just flowed well. I knew that being Gang would come with music benefits but the fact that they were stand up dudes before anything else had me sold. They were willing and wanted to teach me about the game. Most artists wouldn’t know half the shit they taught me. It’s a blessing.”

With his first single coming this Summer, followed by his Taylor Gang debut project, with more videos and content to follow, Fedd The God easily describes the future: “world domination is the plan; nothing less!”

Multi-platinum selling, Grammy and Golden Globe nominated recording artist Wiz Khalifa burst onto the scene with mainstream success with the release of his first major label debut album, ROLLING PAPERS‎ in 2011. ‎ROLLING PAPERS spawned the hugely successful hits “Black and Yellow,” “Roll Up,” and “No Sleep” and gave Wiz the platform to win the award for “Best New Artist” at the 2011 BET Awards and “Top New Artist” at the 2012 Billboard Music Awards. As a follow up to ROLLING PAPERS, Wiz Released O.N.I.F.C. in 2012. This album featured tracks “Work Hard, Play Hard” and “Remember You” featuring The Weeknd. His third studio album released in 2014, BLACC HOLLYWOOD, ‎debuted at #1 on Billboard’s Top 200 album chart and included hit single “We DemBoyz.” Soon after, Wiz’s track,‎ “See You Again,” off the FURIOUS 7 soundtrack, catapulted to the top of the charts across 95 countries. Holding the #1 spot for 12 consecutive weeks, “See You Again” broke records by being Spotify’s most-streamed track in a single day in the United States and in a single week in 26 countries. In addition to winning 3 Teen Choice Awards in 2015, “See You Again” continued its success by winning a Critics’ Choice Award in the “Best Song” category, winning two Billboard Music Awards in the categories “Top Hot 100 Song” and “Top Rap Song,” earning three Grammy Award nominations in the categories “Song of the Year,” “Best Pop Duo/Group Performance,” and “Best Song Written for Visual Media,” and a Golden Globe nomination in the category “Best Original Song – Motion Picture.” Wiz released his album, KHALIFA, in February 2016 as a thank you to fans which included the tracks “Bake Sale” featuring Travis Scott and “Elevated.” In June of the same year, Wiz collaborated with Juicy J and TM88 to debut TGOD MAFIA PRESENTS: RUDE AWAKENING and embarked on his co-headlining “The High Road Summer Tour” with Snoop Dogg. On April 20th, 2017, Wiz launched his mobile app, Wiz Khalifa’s Weed Farm, which has garnered over 10.1 million downloads and is currently being played in over eight countries and six languages. Later that year, Wiz’s mixtape, LAUGH NOW, FLY LATER, was released in November and featured the chart-topping hit, “Letterman.” His latest studio album, ROLLING PAPERS 2, which is certified gold, was released in July 2018. Following the release, Wiz and rap duo Rae Sremmurd hit the road for their “Dazed and Blazed Tour” throughout summer 2018. In February 2018, Wiz partnered with Sovereign Brands to create McQueen and the Violet Fog, an Award winning gin and rated by the NY Times as the “Best Gin”. In April of 2019, Wiz released his 5-part docuseries with Apple Music, “Wiz Khalifa: Behind the Cam,” which gives viewers an exclusive look into his life and career. In the summer of 2019, Wiz went on his “Decent Exposure Summer Tour” with French Montana, Moneybagg Yo, Chevy Woods, and DJ Drama. In November 2019, Wiz starred in Apple TV+’s “Dickinson,” as the character of Death alongside Hailee Steinfeld, Wiz will also be featured in the upcoming second season, which will debut on January 8, 2021. Wiz is also a series regular in Fox’s animated sitcom, “Duncanville” which premiered February 2020 with a second season coming soon. On 4/20 of 2020, Wiz released his latest project, The Saga of Wiz Khalifa, which features his tracks, “Contact”, featuring Tyga and his latest single, “Still Wiz”. In October of 2020, Wiz, along with Nextbite, launched his latest business venture, a delivery only restaurant chain, HotBox by Wiz. The restaurant is now in all major metro areas. Most recently, Wiz released his latest playlist, Taylor Nights.