Skip to content
Date: November 8, 2016Author: @BarionMcQueen 0 Comments
SINGER SONGWRITER SHAE WILLIAMS RELEASES “EFF LOVE”
“If I can open my door and walk out every morning on to a stage – that would be my world!”  – Shae Williams
Now impacting radio, Shae Williams, introduces Eff Love to media outlets sharing the full length video! Her vocals proves she’s a force to be reckoned with. The catchy melody, is sure to hit R&B fans by surprise. This story speaks to love and moving forward. Enjoy. 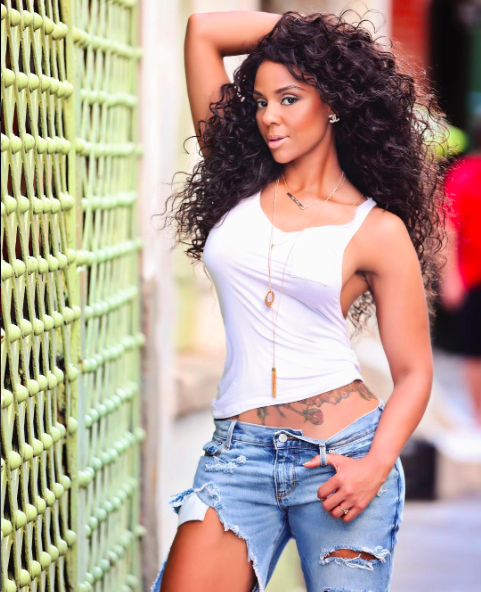 US Urban AC R&B Top 40 Chart- topping Singer, Shae Williams, known for her sweet and soulful voice, was born in Lake Charles, Louisiana and now resides in Nashville, Tennessee. Unapologetically, Shae’s music takes her fans into experiences of ecstasy, new love, rejection and creating fond memories with loved ones.  The soulful and classically-trained artist, started performing in the church.  At the age of 5, Shae sung in the choir and was directed by the award winning, Gladys McKnight.  As Shae performed more frequently, she noticed the effect her voice had on people.  She enjoyed taking a journey with her audience, through music.  This passion for song and theatre led Shae to immerse herself into the arts at McNeese University.  As Shae studied classical music, jazz and performance, her sharp attention to detail and creative edge became refined.  She combined her gospel roots, classical training and sultry charm to enthrall audiences in the competitive R&B circuit.

A busy mother balancing family, kids and a career, she released a debut single, “Ready”, in 2015.  The single debuted at on US Urban AC and peaked at #34 and Indie Urban AC Charts peaked at #3.  Shae performed to sold out shows, as this single continued to also climb the Urban AC Charts.  Shae has continued to share amazing musical lineups, with a number of great artists on the following stages: “I Love The Blues Tour”, which included, artists such as Lenny Williams, Calvin Richardson, Alvin Garrett and J-Wonn and “The Black Women’s Expo Conference”, Chicago, with Avery Sunshine and Lil Moe.

Shae’s voice returns to radio in the Fall of 2016, with new singles, “EFF Love” (A blast to a woman’s personal story about love and moving forward) and ‘Zydeco’ (A Zydeco/Soul mix of Shae’s love for her hometown, Louisiana, with a touch of Mardi-Gras spirit). The “Ready” single and last EP was produced by Grammy nominated, Roger Ryan, whose production and performance credits include Whitney Houston, Wynonna Judd, Faith Evans, Oleta Adams and Kirk Franklin.  “EFF Love” was produced by Stridah Von, for Ragnurok Publishing.   “Zydeco” was produced by Pierre Medor for The Medor Music Group, whose production credits include, but not limited to the following: Latice Crawford, Syleena Johnson, French Montana, Nelly, Trey Songz, Rick Ross, Brandy, Flo Rida, Carl Thomas, Mary J. Blige, Ciarra, India.Arie, Patti LaBelle and more.

Shae has the charisma to keep drawing in new fans and music lovers with her sensual appeal, while keeping you on the edge of your seat wanting more.  She plans to release a full debut project in 2017, on The Muse Music Label, LLC.